A review of 6 months data from 2009 – 2010, collected from England, Wales, Northern Ireland, Channel Islands and the Isle of Man.

In addition, there have been significant changes in trauma care management in England (and parts of Wales) since the date of this data collection and analysis which came into being in April 2012.1 This included the development of structured networks of care, based on a hub and spoke model, the spokes being Trauma Units (TU) and the hub being the Regional Major Trauma Centre (MTC).

Other aspects of clinical practice have also changed since the time that the study was conducted, for example, NICE 2007 guidelines on the management of head injury in children and young people were revised in 2014, and new guidance on imaging produced by the Royal College of Radiology in 2014 have come into play.

The importance of the data in this report is that it acts as a comprehensive benchmark of service delivery prior to the re-organisation services and introduction of new guidance.

The specific areas considered in the analysis of this data were:

Importantly, the data have also been incorporated into a series of forthcoming peer-reviewed publications, which benchmark activity prior to the advent of the trauma system in operation in England and parts of Wales.

Based on the detailed analysis of this dataset, together with the clinical and academic input and consensus of the Independent Advisory Group for this project a number of recommendations have been produced. Full details of the analysis that led to these conclusions and recommendations are included in the report. 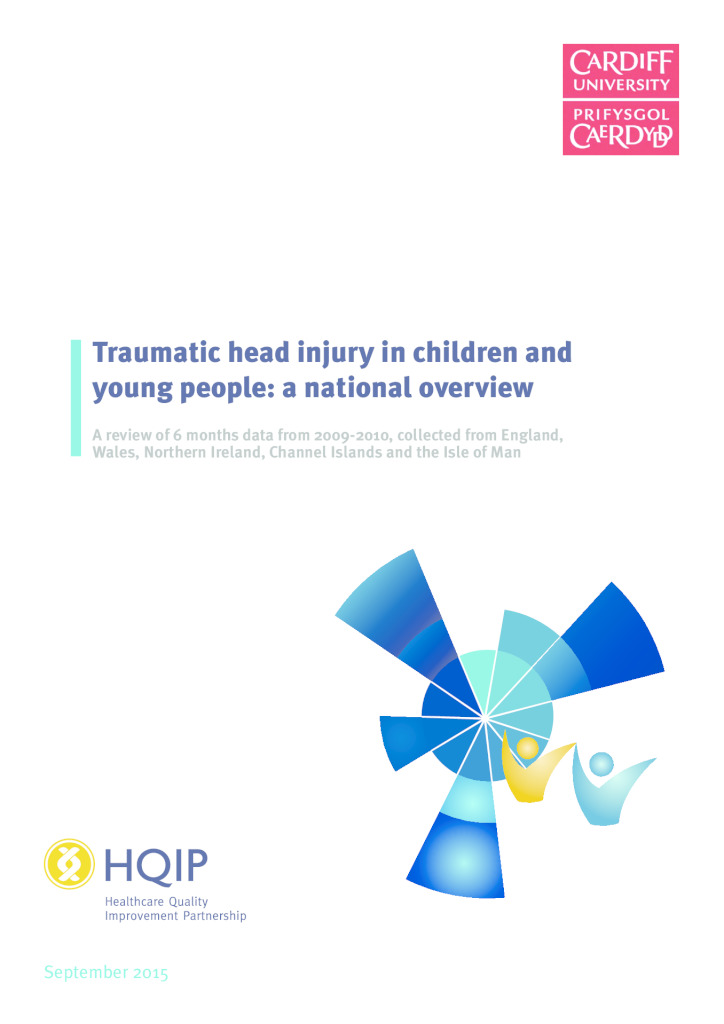