Report: suicide by children and young people in England

Bereavement, bullying, exams and physical health conditions such as acne and asthma are some of the experiences linked to suicide in children and young people according to a new report by The University of Manchester’s National Confidential Inquiry into Suicide and Homicide by People with Mental Illness (NCISH).

Researchers studied the reports from a range of investigations and inquiries on 130 people under the age of 20 in England who died by suicide between January 2014 and April 2015, extracting information about their personal circumstances that the reports highlighted. This is the first time there has been a national study of suicide in children and young people in England on this scale.

The researchers found that 28% of the young people who died had been bereaved, in 13% there had been a suicide by a family member or friend. 36% had a physical health condition such as acne or asthma, and 29% were facing exams or exam results when they died. Four died on the day of an exam, or the day after.

The full report is available to download from this page

An infographic summary of the report can be downloaded here 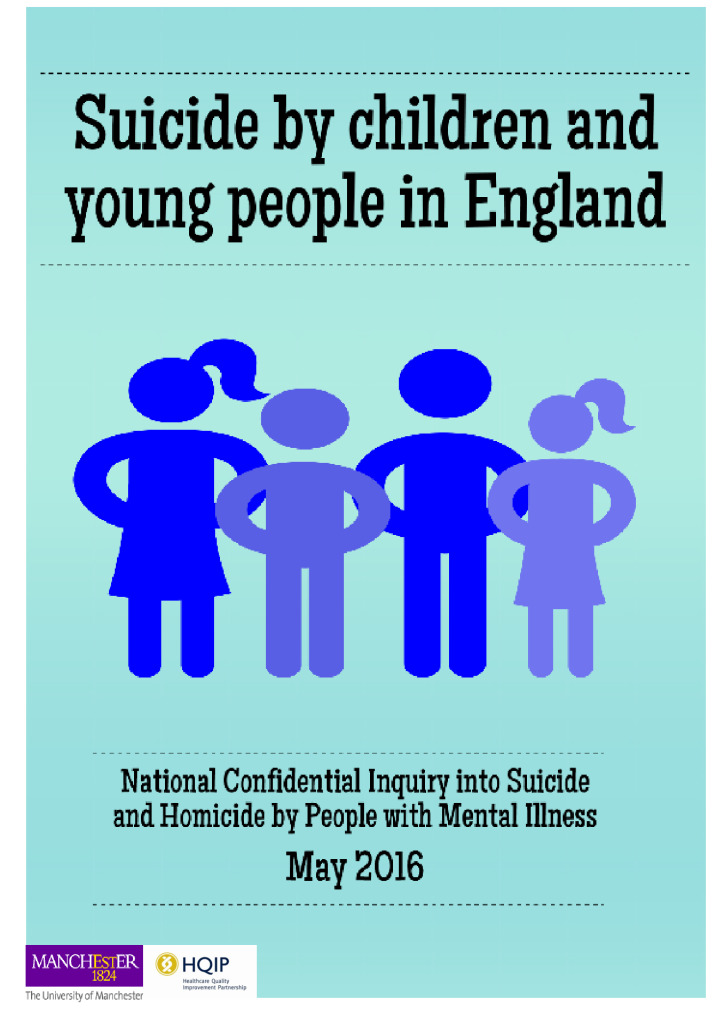