The National Child Mortality Database (NCMD) has published its latest thematic report on the contribution of newborn health to child mortality across England. Based on data collected from April 2019 to March 2021, it aims to understand patterns and trends in child deaths where an event before, or around, the time of birth had a significant impact on life, and the risk of dying in childhood.

The report found that for babies born alive, at or after 22 weeks gestation, who subsequently died before 10 years of age between 1 April 2019 and 31 March 2021, half of the deaths occurred in children over one month old. Other key findings include:

It also found that, for child deaths reviewed by a Child Death Overview Panel (CDOP) and categorised as a perinatal/neonatal event, modifiable factors were identified in 34% of deaths. 20% identified a modifiable factor within the characteristics of the child, including pregnancy factors. The most common factors were smoking in pregnancy or the household, and maternal obesity, both of which increase the chance of premature birth and complications for the baby.

The report makes a number of recommendations including a call to make the prevention of preterm birth a priority, stating that social initiatives to reduce or mitigate the social determinants (eg smoking, obesity and deprivation) should be given resources and support. 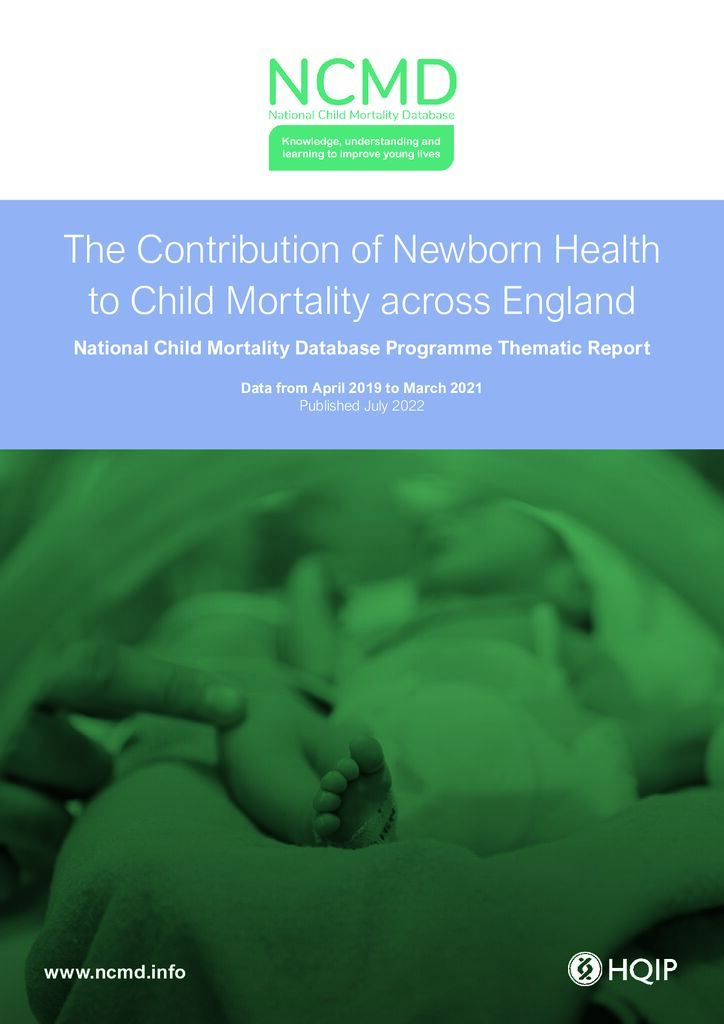