The National Bowel Cancer Audit Report 2006 includes information from 18,539 patients from 78 hospital units, approximately 30 per cent of all hospital units in the UK.

16,463 patients (84 per cent) underwent surgery, with an overall post-operative mortality rate of 6 per cent, ranging from 4 per cent in patients having planned operations to 20 per cent in those having emergency operations.

On a national basis much of the data have remained stable since the first report 5 years ago. In contrast, at unit level, there can be marked variation in clinical outcomes year by year. Such annual differences are probably a natural phenomenon, due to the variability of presentation of bowel cancer, but may also reflect the relatively small sample sizes at the hospital unit level. For these reasons, analysis of several years’ pooled data is essential to provide reliable measures of unit clinical outcomes for comparison against national standards. 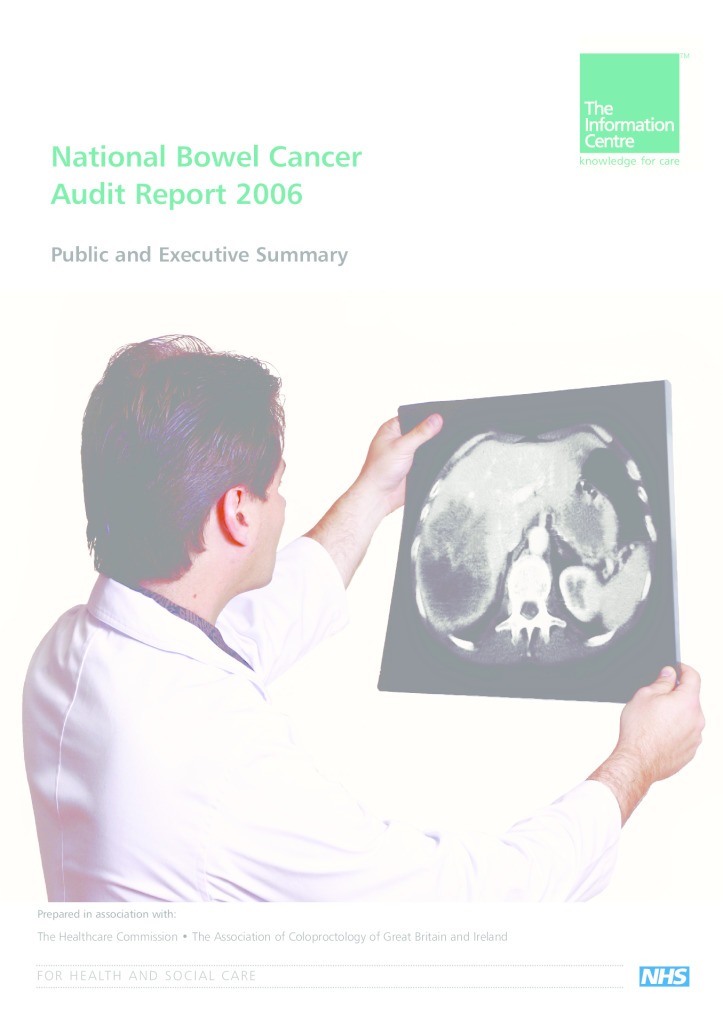