The first-ever audit into Welsh Chronic Obstructive Pulmonary Disease (COPD) care has reported ‘clear inconsistencies in the electronic coding, diagnosis and management of COPD’ and under-use of cost-effective treatment.

COPD inflicts a huge toll on individual patients, their carers, and on the NHS. In total, 1.2 million people in the UK have been diagnosed with COPD, making it the second most common lung disease in the country. Along with lung cancer and pneumonia, COPD is also one of the three leading contributors to respiratory mortality in the UK; approximately 30,000 people die of the disease each year. In 2012 in Wales, the prevalence of diagnosed COPD was 2173 per 100,000 people. The death rate and emergency admissions from COPD in Wales in 2014 were approximately 52 and 274 per 100,000 people, respectively.

The report, commissioned by HQIP as part of the National Clinical Audit Programme and carried out by the Royal College of Physicians, uses data provided by 280 practices across Wales, including 48,105 COPD patients, the report highlights areas for quality improvement and sets out a series of key priorities for both general practices and Health Boards.

An executive summary of the report is available to download below 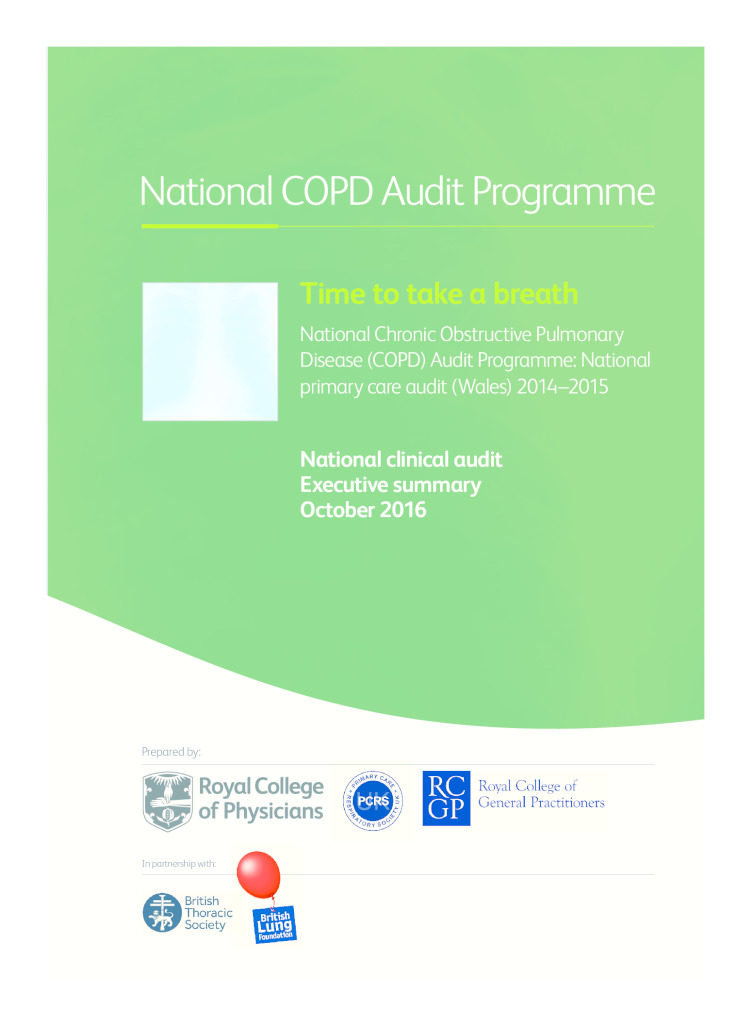