The NHS Diabetes Prevention Programme (NHS DPP) is a joint commitment from NHS England, Public Health England and Diabetes UK to deliver, at scale, evidence based behavioural interventions that can prevent or delay the onset of Type 2 diabetes in adults who have been identified as having non-diabetic hyperglycaemia. There are 2.9 million people in England with diagnosed Type 2 diabetes, and 1.3 million with recorded non-diabetic hyperglycaemia. This report uses data collected alongside the National Diabetes Audit (NDA) for the period January 2017 to March 2018 in England.

Some of the findings include:

In future reports on the Diabetes Prevention Programme, deeper investigations will be made as to whether the behaviour change programmes are having an impact on reducing weight, progression to Type 2 Diabetes and other cardiovascular risk factors.

The report can be viewed below. 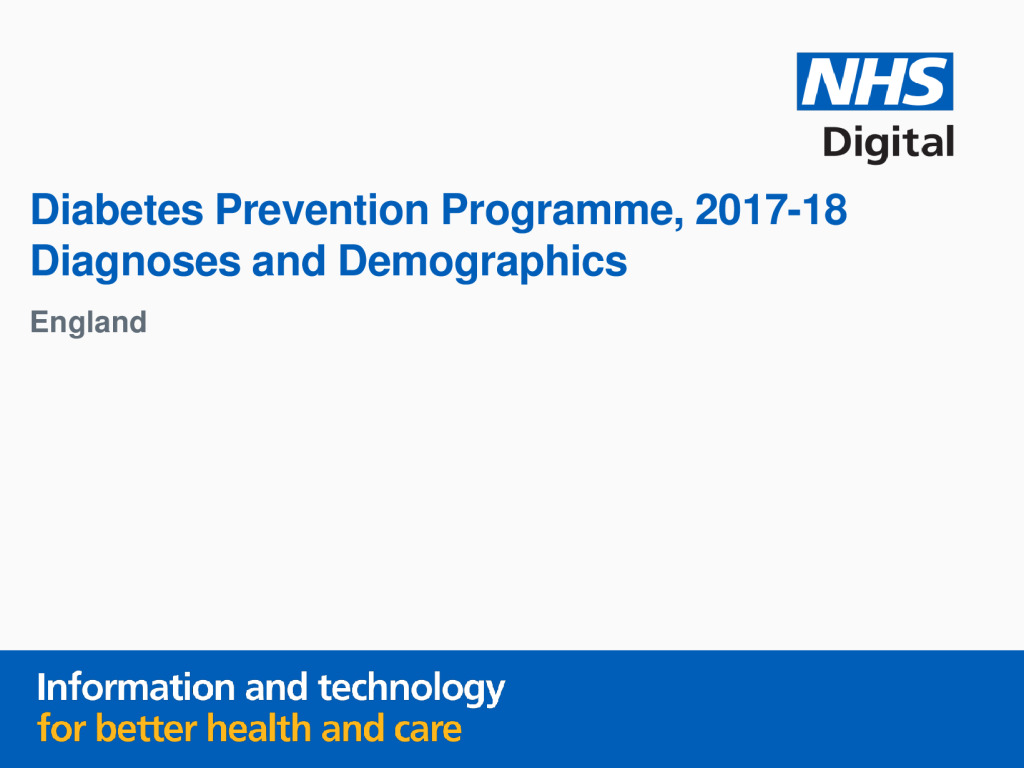