This is the third annual report of the English Learning Disabilities Mortality Review (LeDeR) programme. It presents information about the deaths of people with learning disabilities aged 4 years and over notified to the programme from 1 July 2016 – 31 December 2018.

In the period under review, 4,302 deaths were notified to the programme. In 2018, this was approximately 86% of the estimated number of deaths of people with learning disabilities in England each year. 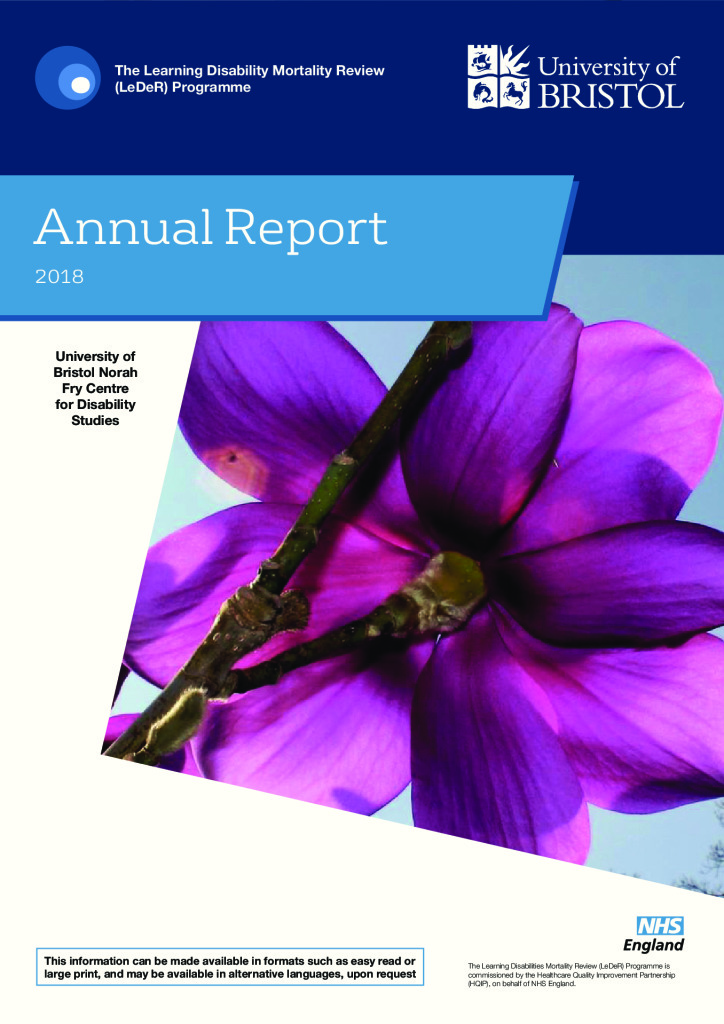