Over 200 suicide deaths per year now occur in patients under mental health crisis teams, three times as many as in in-patients, according to The University of Manchester’s National Confidential Inquiry into Suicide and Homicide by People with Mental Illness (NCISH) 2016 annual report.

One third of patients under crisis resolution/home treatment (CRHT) who died by suicide had been using the service for less than a week, and a third had been discharged from hospital in the previous two weeks. The report questions whether CRHT was the most suitable setting for their care, and raises concerns that crisis teams are increasingly used due to pressure on other acute services, particularly in-patient beds. 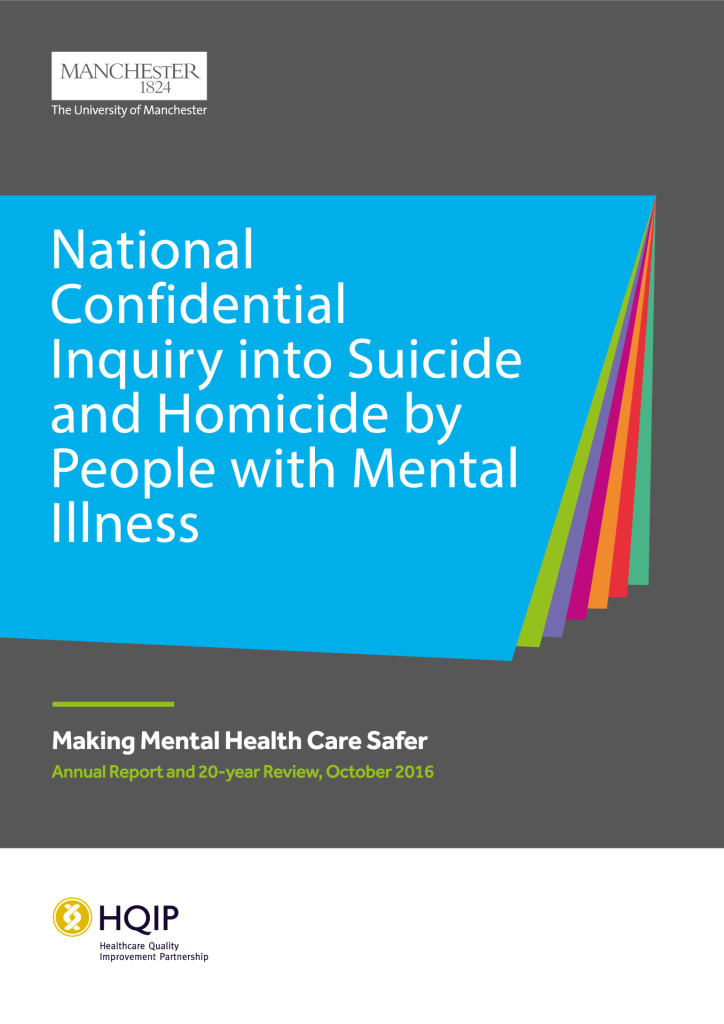