Epilepsy12 was announced as the winner of the 2018 Richard Driscoll Memorial Award for outstanding patient involvement in clinical audit on the 11th of October 2018 at the annual Healthcare Quality Improvement Partnership (HQIP) AGM in London.

Their work demonstrated in this case study is part of Epilepsy12’s overarching goal to  improve NHS healthcare services for children and young people with seizures and epilepsy. Between April and June 2018 the RCPCH Children and Young People’s Engagement Team met with over 130 children, young people and families collecting their views on ‘service contact ability’ and family mental health. Over 2335 questionnaires were submitted by children, young people and their carers.

The inaugural Richard Driscoll Memorial Award took place this year in honour of HQIP’s former Chair of Trustees, a passionate life-long ambassador for patient care, who sadly passed away in 2017. The award recognizes HQIP commissioned clinical audits and reviews on the basis of their robust and sustained patient involvement.

All of the case studies recognised at the award can be found on the link below: 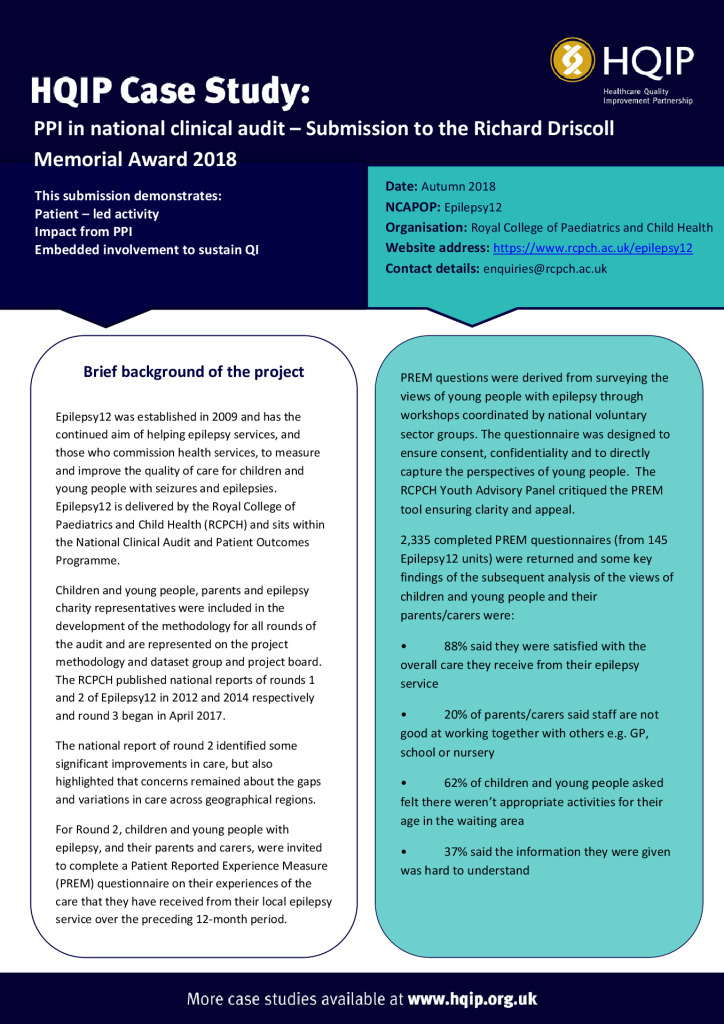