This feasibility study was commissioned by HQIP as part of a National Ophthalmology Audit with The Royal College of Ophthalmologists as the Audit Provider. Following feedback from NHSE minor amendments were made to this report in advance of its release in March 2018.

The annual incidence in the UK of the “wet” or neovascular (NvAMD) form of AMD has been estimated as 39,700 new cases per year, a figure projected to rise by a third by 2020.

In 2015−16, ranibizumab was second and aflibercept was fourth in the list of medicines with positive NICE technology appraisals on which the NHS spent most money, between them accounting for a total of around £450 million expended. Although some of these costs relate to use for other licensed indications, a sizable majority would have been for treatment of NvAMD and it is accepted that the cost impact of the use of these drugs for NvAMD is high. 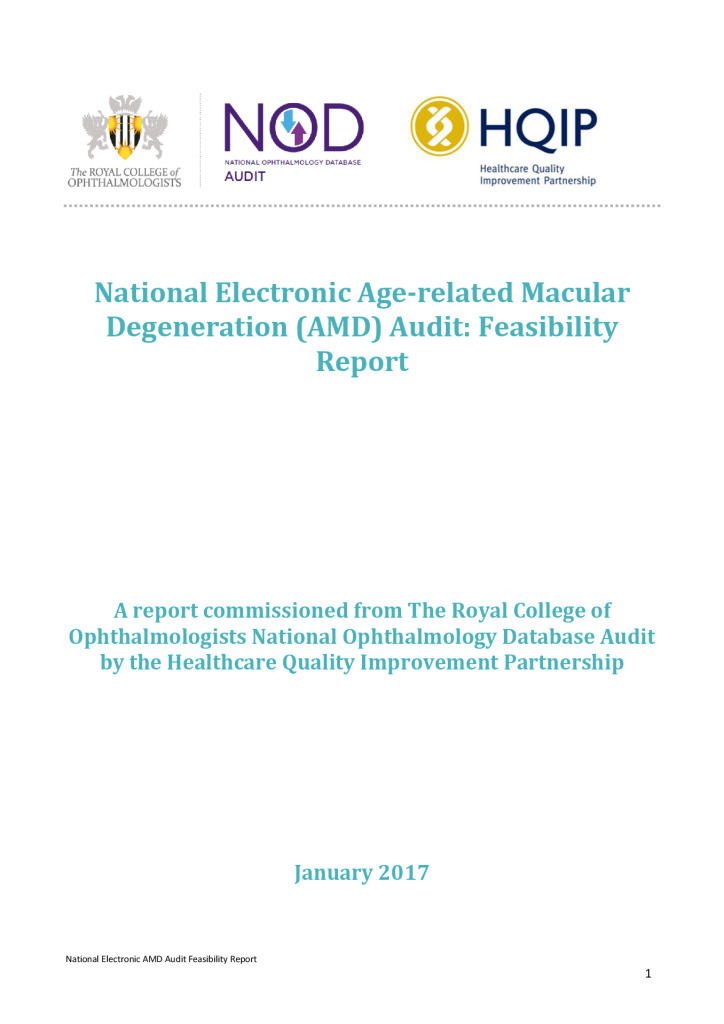