The National Joint Registry’s 9th Annual Report reveals that 40% of NHS joint replacement healthcare providers are  under-performing for their data submissions to the registry. Local NHS Trusts in England and and Health Boards in Wales could be putting the long-term safety of patients at risk in failing to comply with the now-mandatory NJR.

Individual hospital data, included for the first time as part of the Government’s transprency agenda,  reveals that 59 out of 148 (40%) of relevant NHS Trusts and Health Boards only submitted between 0% and 79% of the hip and knee replacement operations they performed in 2011 – classifying them as under-performing in the NJR’s red, amber, green analysis classification.

The Department of Health made NJR compliance mandatory as of 1 April 2011, and the figures above cover the period 1 January 2011 to 31 December 2011. While the first three months of 2011 were non-mandatory, during this time hospitals were still strongly encouraged to comply fully with the NJR.

Other indicators for the new Trust-, Health Board- and hospital-level data analysis include patient consent and linkability as well as mortality rates, hip revision and knee revision rates for the period 2003 (when the NJR began reporting) to 2011.

Find out more at www.njrcentre.org.uk or visit www.data.gov.uk 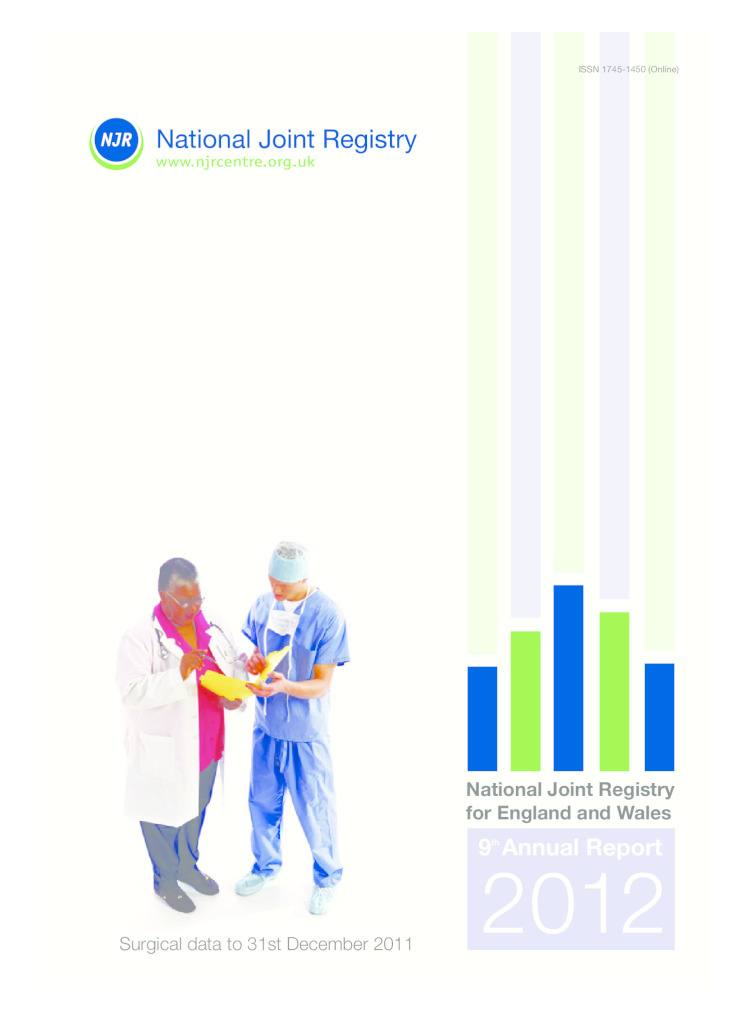