The National Joint  Registry [NJR] for England, Wales, Northern Ireland and the Isle of Man,  has published a new report today which highlights a record number of joint replacement procedures being performed. Established in 2002 by the Department for Health, the NJR monitors the performance of hip, knee, ankle, elbow and shoulder joint replacements, to improve clinical outcomes for the benefit of patients and to drive forward quality improvements.

The 15th Annual Report of the NJR presents patients’ outcome data in relation to hip, knee, shoulder, elbow and ankle replacements. The published figures bring the total number of records in the registry to approximately 2.52 million since data collection commenced in 2003.  Almost one million hip replacements and one million knee replacements have now been performed since NJR’s records began.

Overall, more joint replacements than ever before were carried out in the year,  with over 252,250 cases submitted to the NJR; this  equates  to c. 10,000 additional  joint replacement operations than recorded in the previous annual period.

The report builds on last year’s findings, but further key messages this year are as follows:

Commenting on the outcome data and statistics presented in the report, NJR Medical Director, Mr Martyn Porter said: “The NJR is the largest and most comprehensive national audit of joint replacement surgery in the World. The data in this report allows multiple stakeholders, the most important being patients, to see outcome data on implants and consider patient factors that affect outcome. This will hopefully drive informed decision-making for patients.

The most important function of the registry is to actively monitor performance of implants and to identify implants that are not performing as well as expected, so that the appropriate follow-up action can be taken by the regulator. This is fundamental to patient safety.

In a similar vein both hospitals and individual surgeons are also monitored and where adverse variation is identified appropriate action is taken. The NJR is now part of an integrated framework that monitors variation and detects early signals to improve patient care.”

The results of the report will be launched today at the British Orthopaedic Association’s Annual Congress in Birmingham to an international delegation of more than 1,000 joint replacement surgeons. 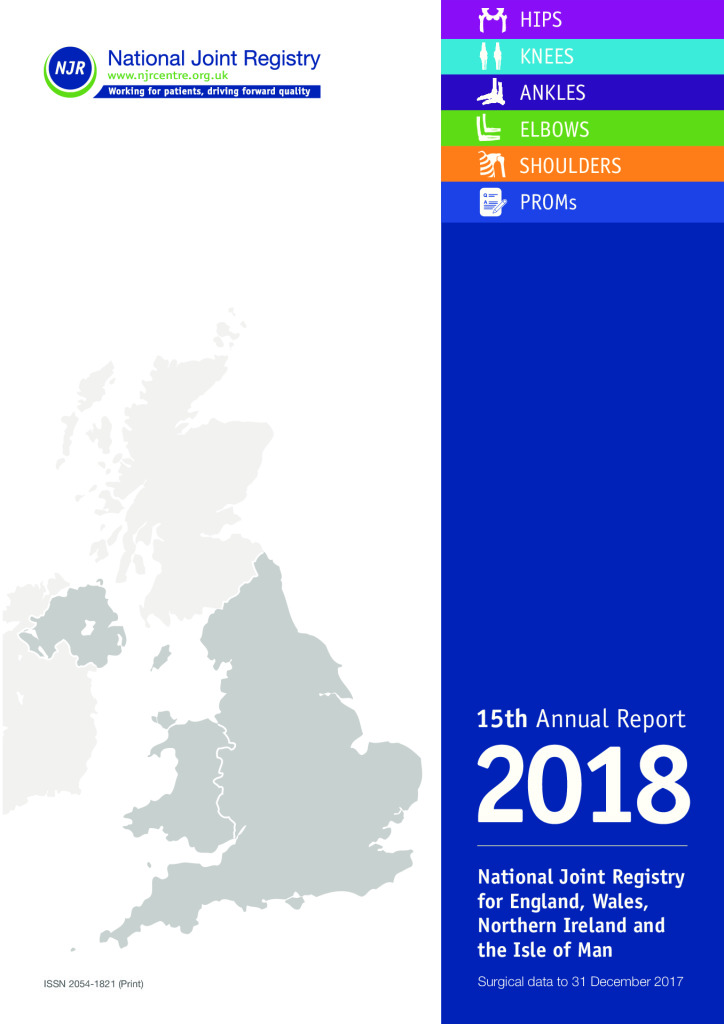