This report represents the findings of the third perinatal confidential enquiry carried out as part of the MBRRACEUK programme of work and focuses on term, singleton, intrapartum stillbirths and intrapartum-related neonatal deaths. This topic was selected as part of the standard process for the selection of topics for the Clinical Outcome Review Programme.

Since the last confidential enquiry into intrapartum stillbirths and intrapartum-related deaths in 1993-1995, overall stillbirth rates have reduced by just over a fifth and neonatal death rates by over a third. Nevertheless the UK rates are still high compared with other European and other high income countries. Whilst term intrapartum stillbirths and intrapartum-related neonatal deaths account for only a small proportion of extended perinatal mortality rates, improvements in care during labour, delivery and immediately following birth should reduce such cases apart from those that are inevitable. This enquiry focuses on intrapartum-related deaths, specifically those born at term, excluding major congenital anomalies but including those anomalies where the cause of death was felt to be related to the intrapartum period rather than the anomaly. The premise of the enquiry was if a baby was determined to be alive at the onset of labour at term then the expected outcome would be a healthy infant.

The group selected for enquiry constituted around only one in twenty of the extended perinatal deaths (225 out of 4392 (5.1%) in the UK in 2015). The enquiry aimed to identify potentially preventable failures of care along the whole care pathway, but with a particular focus on care during labour, delivery and any resuscitation, which might have contributed to the death. The findings from the enquiry will have identified areas of care for improvement in the future.

Full report, exec summary, lay report and accompanying infographics are available to download from this page. 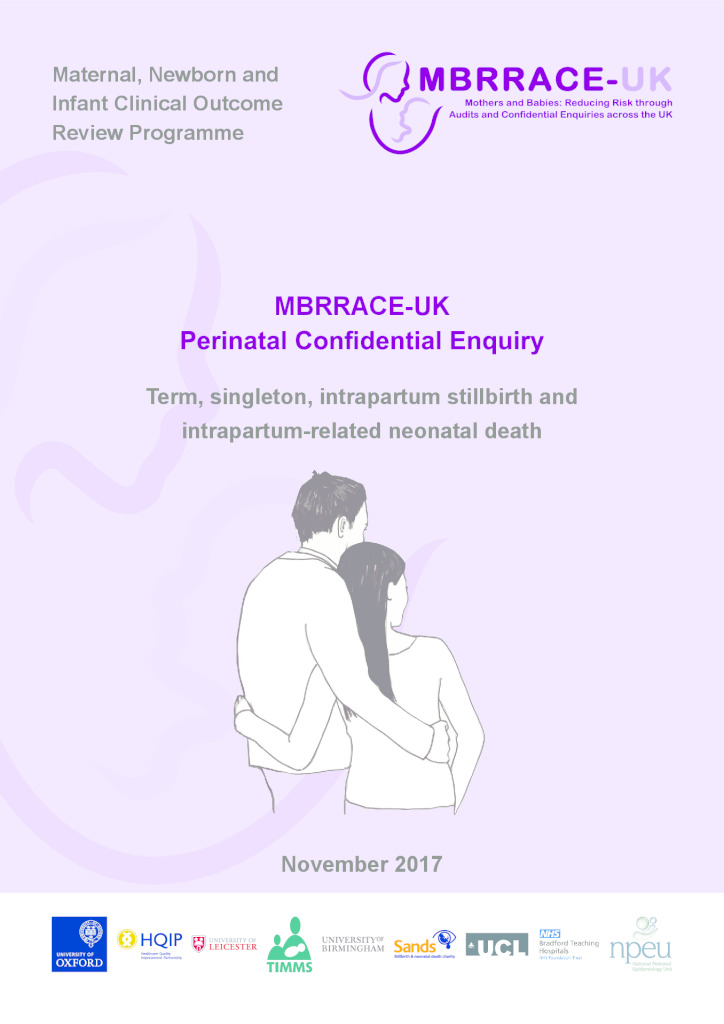 Have you seen our top tips document? It has lots of information to help trainee doctors and other healthcare profes… https://twitter.com/i/web/status/1483449095968763909
about 17 hours ago