The National Child Mortality Database (NCMD), which collects data on all child deaths in England to learn lessons that could improve and save children’s lives in the future, has published its thematic report into suicide in children and young people.

Based on data from 1 April 2019 to 31 March 2020, the report is designed to identify the common characteristics of children and young people who die by suicide, investigate factors associated with these deaths and identify common themes to help inform policymakers, commissioners, those providing services and those involved in reviewing deaths of children and young people.

Overall there were 108 deaths that were that were assessed as highly or moderately likely to be due to suicide, equating to approximately two child suicides every week in England. Of these 22% related to children who were aged 14 and under. The report also found that:

The NCMD makes a number of important recommendations in this report, including that frontline staff working with children attend suicide prevention training and that awareness be improved around the impact of domestic abuse, mental health needs and conflict at home. 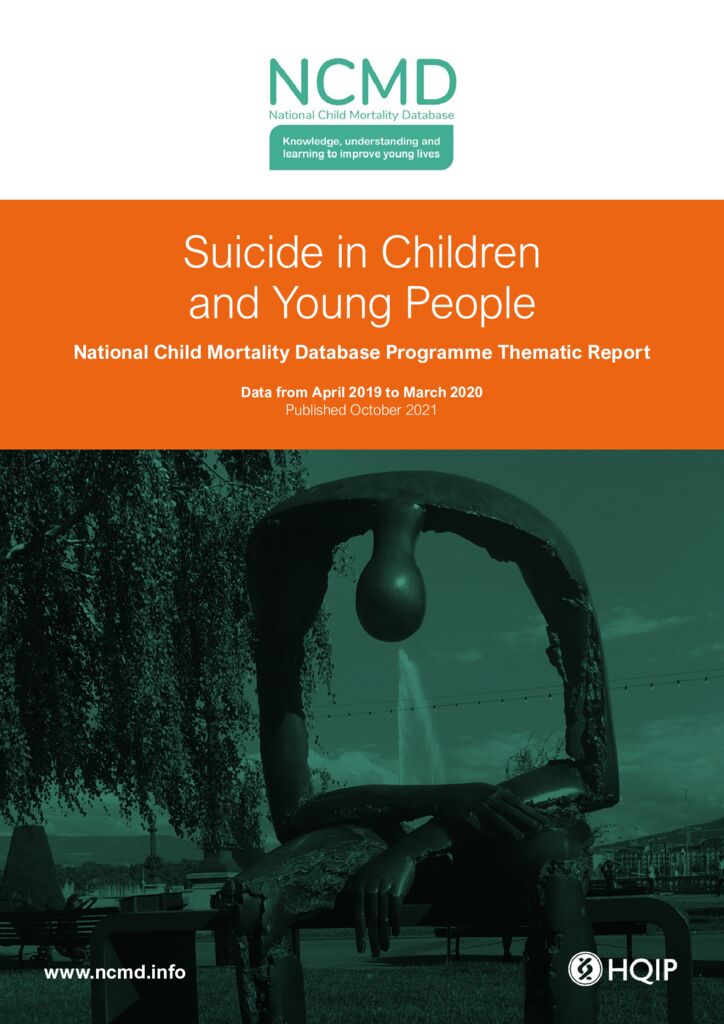