The National Early Inflammatory Arthritis Audit (NEIAA) has published a short report on ethnicity, which presents data describing the association between ethnicity, experience of care as described by the quality standard of rheumatoid arthritis, and clinician and patient-reported outcomes.

Based on data collected from 35,807 patients seen for the first time within specialist rheumatology services between May 2018 and March 2020, the report aims to empower stakeholders to use audit data to facilitate improvements in the quality of care for black, Asian and ethnic minority patients.

14% of patients recruited into the audit were from black, Asian and ethnic minority populations, which is representative of the UK population. The report found that these patients were younger (48 years) than white patients (56 years), while a higher proportion were female (73% compared to 64% of white patients). Other key findings include:

The report goes on to make a number of recommendations including a call for services to use local data and work with black, Asian and ethnic minority patients and their families and referrers to better understand and overcome barriers to receiving optimal care and improved outcomes. 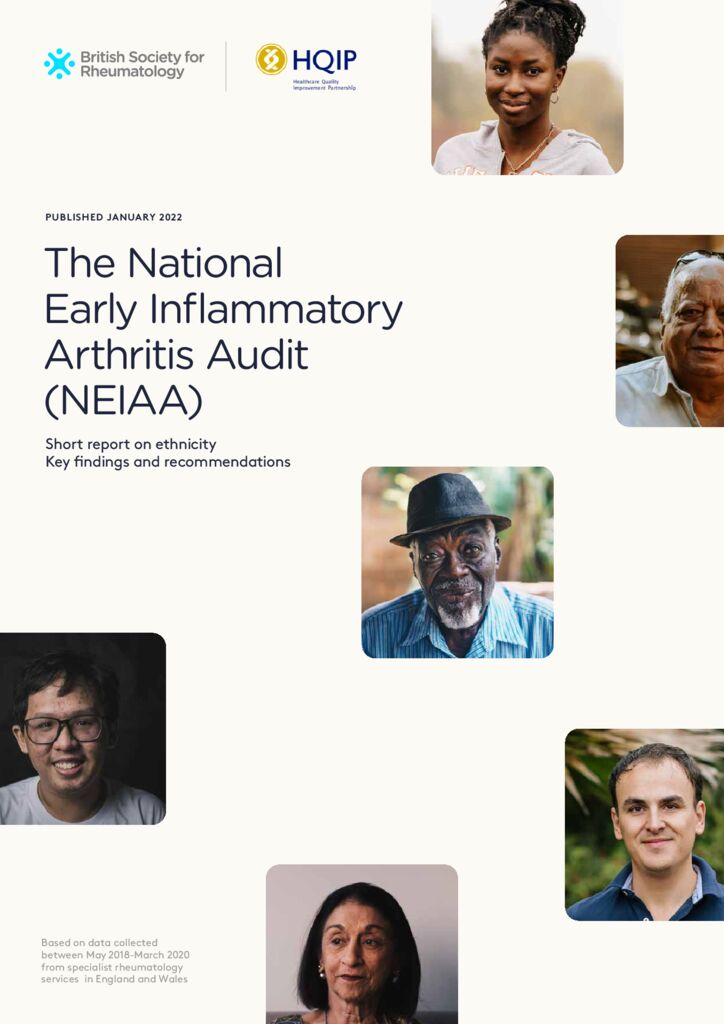