A UK-wide study of pregnancy-related deaths in women has found that while overall numbers are falling, some women could receive better care, particularly in relation to their mental health.

The report, Saving lives, Improving Mothers’ Care, is the latest analysis from the MBRRACE-UK** Confidential Enquiry into Maternal Deaths, based at the University of Oxford.  The report focused particularly on maternal mental health, and includes lessons learned from reviews of the care of more than 100 women who died by suicide during pregnancy or in the year after giving birth between 2009 and 2013. 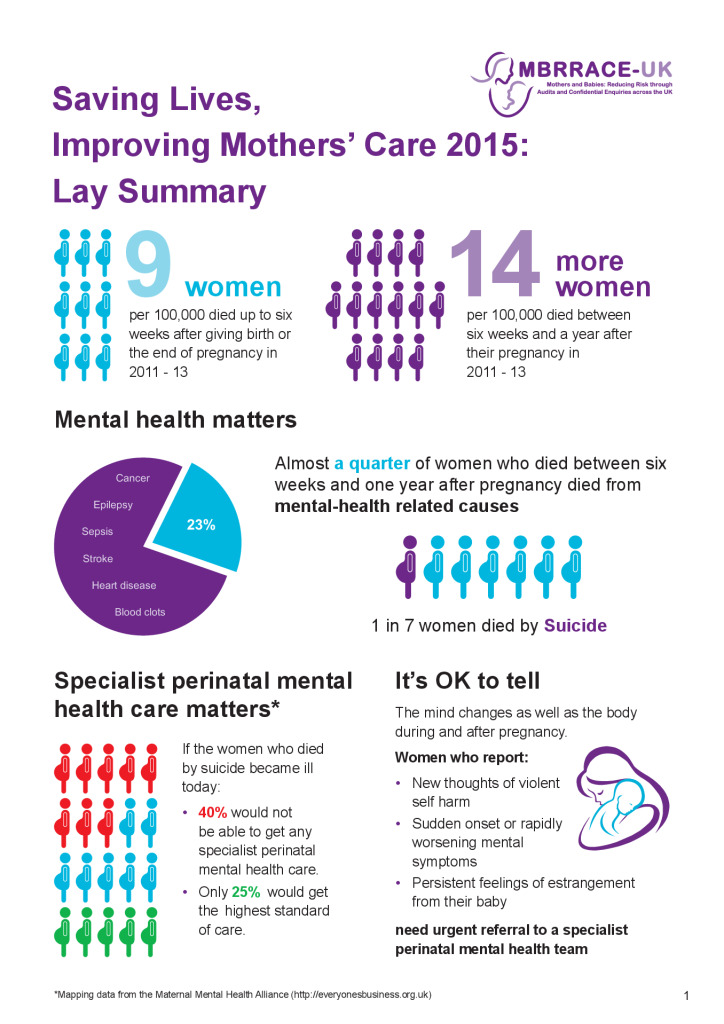