A large number of patients at risk of sudden cardiac death are not being treated appropriately, according to the National Audit of Cardiac Rhythm Management Devices 10th annual report.

Despite recent NICE (National Institute for Health Care & Excellence) guidelines recommending the use of implantable cardioverter defibrillators (ICDs) in a wider range of patients, the figures for 2014/15 show that the UK implant rate is still half the European average, despite having risen since last year.

The report also shows that pacemaker implant rates remain static but also well below the European average. Meanwhile, Cardiac resynchronization therapy (CRT) implants, an effective therapy that improves the heart’s ability to pump blood and oxygen to the body, continues to rise; the total rate of CRT implantation in the UK is now above the European average.

The full report is avaliable to download from this page. 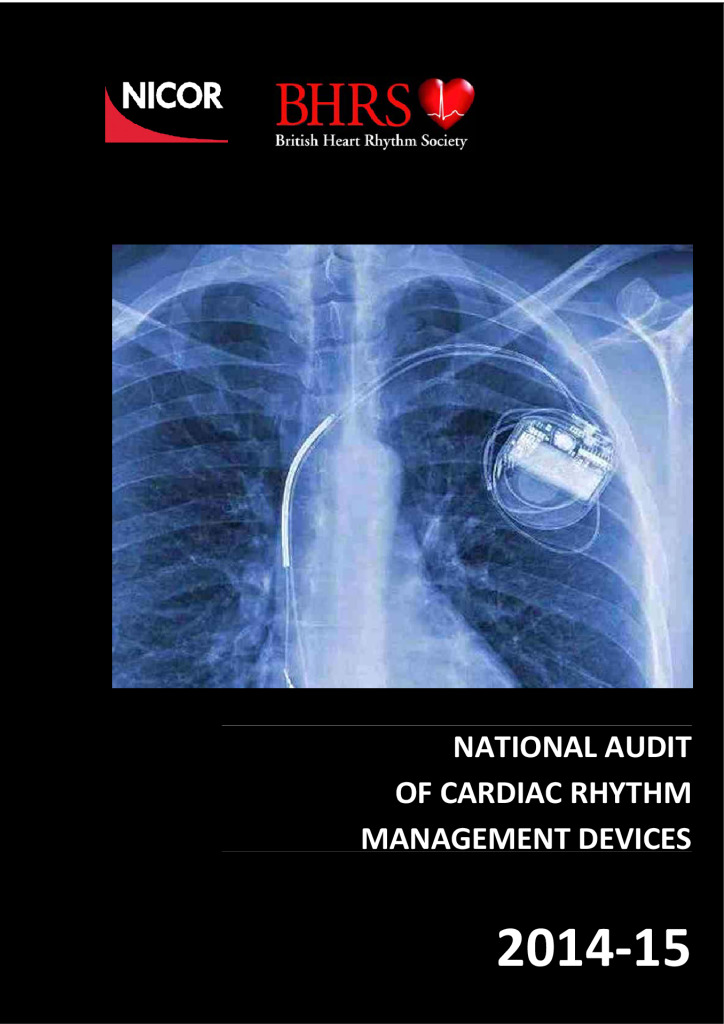