The national Perinatal Mortality Review Tool (PMRT) was developed with clinicians and bereaved parents in 2017 and launched in England, Wales and Scotland in early 2018; it was subsequently adopted in Northern Ireland in autumn 2019. Unlike other review or investigation processes, the PMRT makes it possible to review every baby death, after 22 weeks’ gestation, and not just a subset of deaths. For 92% of parents the PMRT process will likely be the only review of their baby’s death they will receive.

This report presents data from the 3,693 reviews which were completed between March 2019 and February 2020 following on from the first annual report published in 2019.

Since it was launched all Trusts and Health Boards across England, Wales, Scotland and Northern Ireland have engaged with the PMRT and by 30th November 2020 over 11,000 reviews had been started or completed using the tool. This represents reviews of the care started for an estimated 83% of all babies who died in the perinatal period comprising 86% of stillborn babies and those who were miscarried in the late second trimester, and 78% of babies who died in the neonatal period. 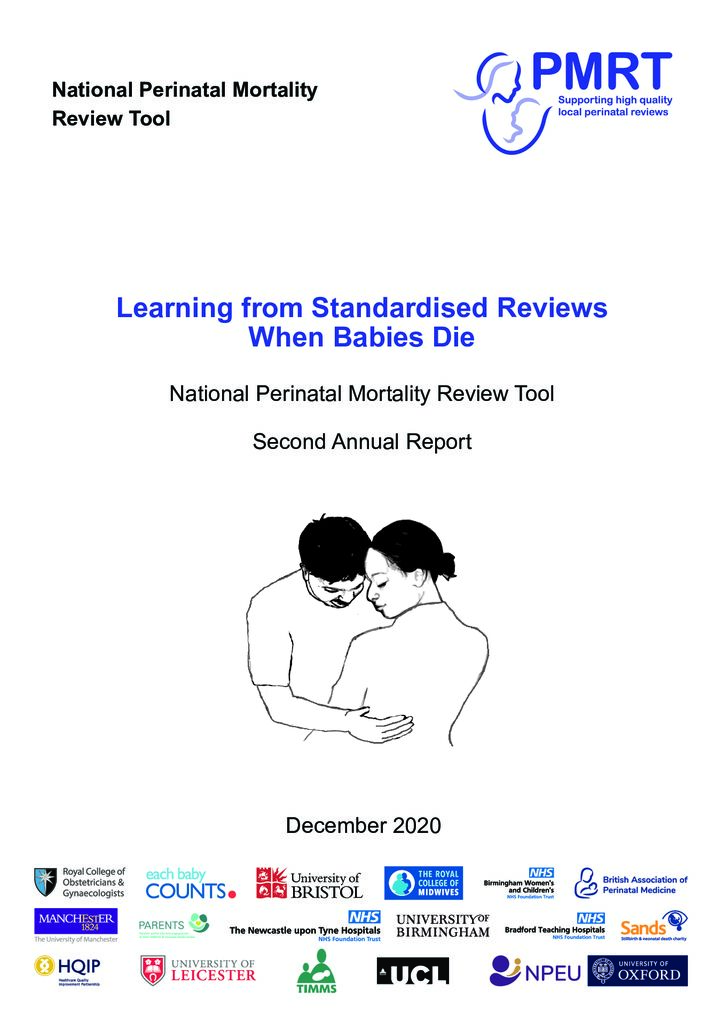