HQIP has commissioned the National Ophthalmology Database (NOD) cataract audit to report on all NHS funded cataract surgery in England and Wales. Included in this second prospective report are operations undertaken between 1st September 2016 and 31st August 2017. For comparisons with results from the first year of the prospective audit, the comparison is with operations performed between 1st September 2015 and 31st August 2016. Reported operations for the current period were performed in 75 English and two Welsh NHS Trusts.

Approximately 63% of the 122 eligible NHS trusts in England and Wales are thus represented.  In addition, for the first time, an independent provider of NHS cataract surgery has joined the audit, supplying data for six individual sites. Around 6% of cataract operations were excluded for a variety of reasons such as being done for indications other than visual improvement or being combined with other significant intra-ocular surgery.

183,812 eligible cataract operations were available for analysis which approximates to 44% of all NHS funded cataract surgery undertaken in England and Wales during the audit period (the lower overall figure compared with the percentage of trusts being mainly due to recent joiners reporting partial years). Data completeness was excellent (100%) for the PCR outcome as this is a compulsory operative field in the EMRs. 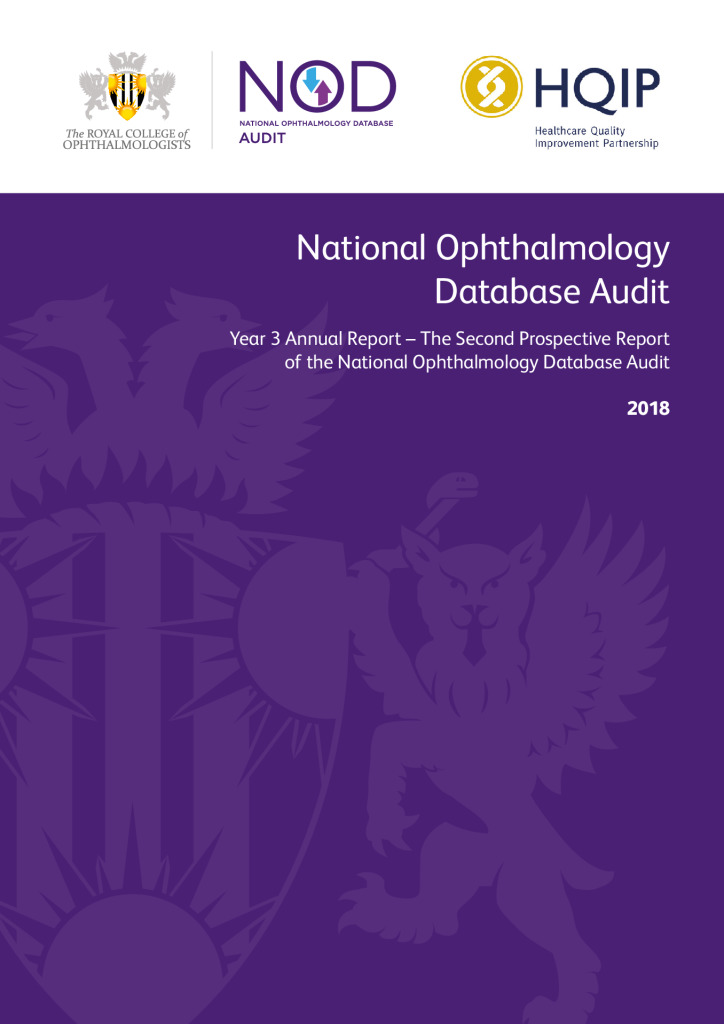