National Mastectomy and Breast Reconstruction Audit: Reports from 2009 to 2011

Mastectomy (removal of all breast tissue) is a treatment undergone by many women with breast cancer.

The breast mound may be reconstructed at the time of mastectomy (immediate reconstruction) or at a later date (delayed reconstruction). The National Mastectomy and Breast Reconstruction Audit was commissioned in England and Wales between 2009 – 2011 as part of the centrally-funded National Clinical Audit and Patient Outcomes Programme (NCAPOP). 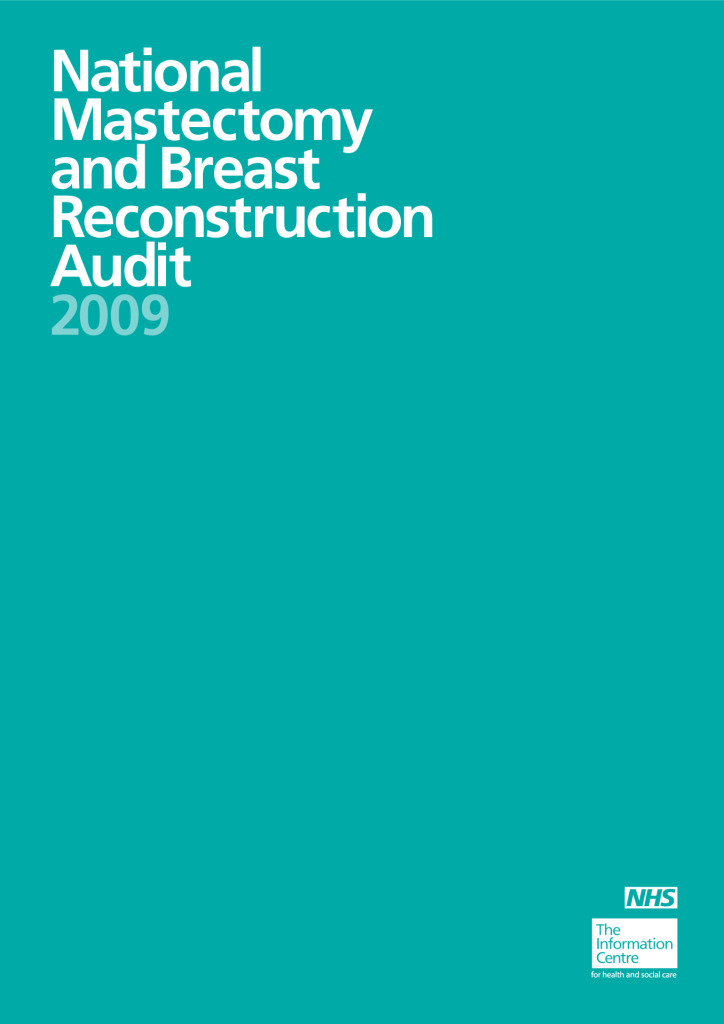