It also shows that while more joint replacements than ever are taking place, not only have the numbers of people dying following surgery halved but that for most patients, the risk of having the implant replaced within ten years was less than 5%.

A 205,686 total of hip, knee, ankle, elbow and shoulder joint replacements were registered in 2013, the highest in the NJR’s history to date.

Find out more at www.njrcentre.org.uk and www.data.gov.uk 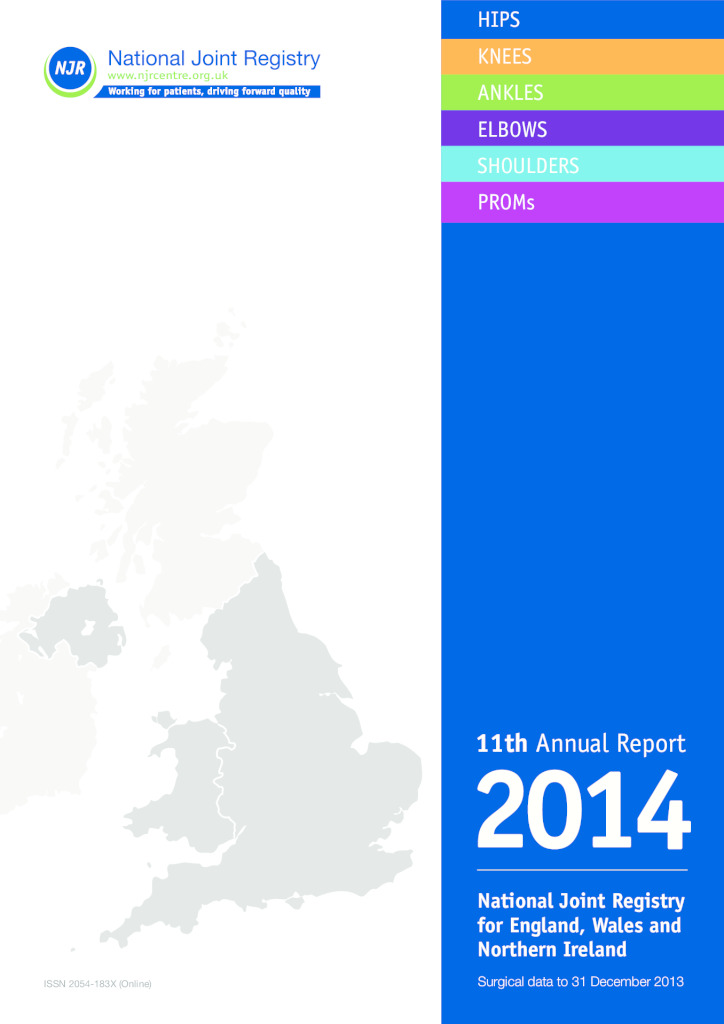 Have you seen our top tips document? It has lots of information to help trainee doctors and other healthcare profes… https://twitter.com/i/web/status/1483449095968763909
about 19 hours ago