The ninth annual report for the National Heart Failure Audit presents findings and recommendations for patients with an unscheduled admission to hospital, who were discharged or died with a primary diagnosis of heart failure between 1 April 2015 and 31 March 2016. The report covers all NHS Trusts in England and Health Boards in Wales that admit patients with acute heart failure.

The report is aimed at those interested in improving the standard of heart failure care, including those involved in collecting data for the National Heart Failure Audit, alongside the clinicians involved in delivering that care and the patients receiving it, the hospital chief executives, managers, clinical governance leads and those commissioning heart failure services, patient groups and many other.

The report includes clinical findings at national and local levels and patient outcomes. 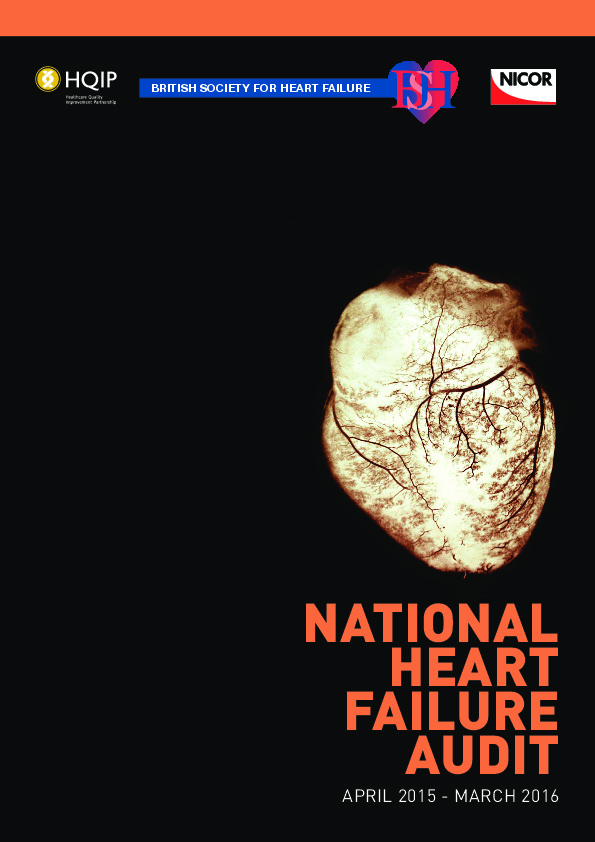