The National Diabetes Audit is commissioned by the Healthcare Quality Improvement Partnership (HQIP) and delivered by the Health and Social Care Information Centre, working in collaboration with Diabetes UK and Public Health England (PHE). The publication of the 2014 – 2015 NDA report is accompanied by a Data Quality Statement which is available to download below.

Data is collected via automated and manual extraction from General Practice Clinical Systems and Secondary Care Hospitals. The audit is a voluntary audit and GP practices have to opt in to be included. The participation rate was 57.1 per cent and 57.3 per cent of all GP practices in England and Wales for 2013-14 and 2014-15 respectively. Ninety nine Secondary Care Units participated in 2014-15 for England.

Primary and secondary care services are joined in Wales and considerable effort has been made by Welsh health boards to encourage and support their GP’s to participate in the audit.

The information collected from GP Practices for the audit are individual level data and so contain demographic information such as age, sex, ethnicity, diabetes duration and some geographic variables such as postcode. As the collection is individual person identifiable data it is subject to dissent, and patients can dissent from the diabetes audit, all national audits, and from their data being transferred to the Health and Social Care Information Centre (HSCIC). This means that the diabetic registrations captured may not be a true reflection of the whole diabetic population for that GP Practice.

Also available via the HSCIC website are some interactive spreadsheets demonstrating how  CCGs, England based GPs, Secondary Care organisations and LHBs  measure up against national averages. . 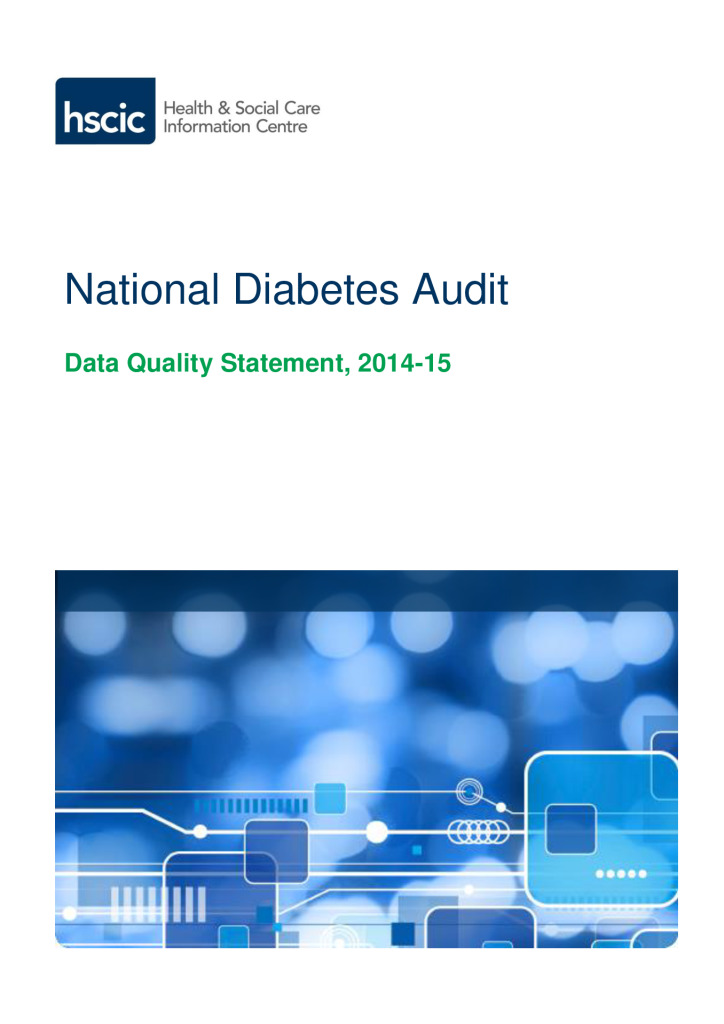