This study aimed to establish preliminary data about women who die by suicide while employed as nurses, by carrying out:

(1) An examination of National ONS data on female nurses who died by suicide during a six-year period 2011-16;

(2) A detailed analysis of female nurse suicides using the National Confidential Inquiry into Suicide and Safety in Mental Health (NCISH) database of people who died by suicide within 12 months of mental health service contact, including comparison with other female patients.

The report can be read by clicking on the link below. 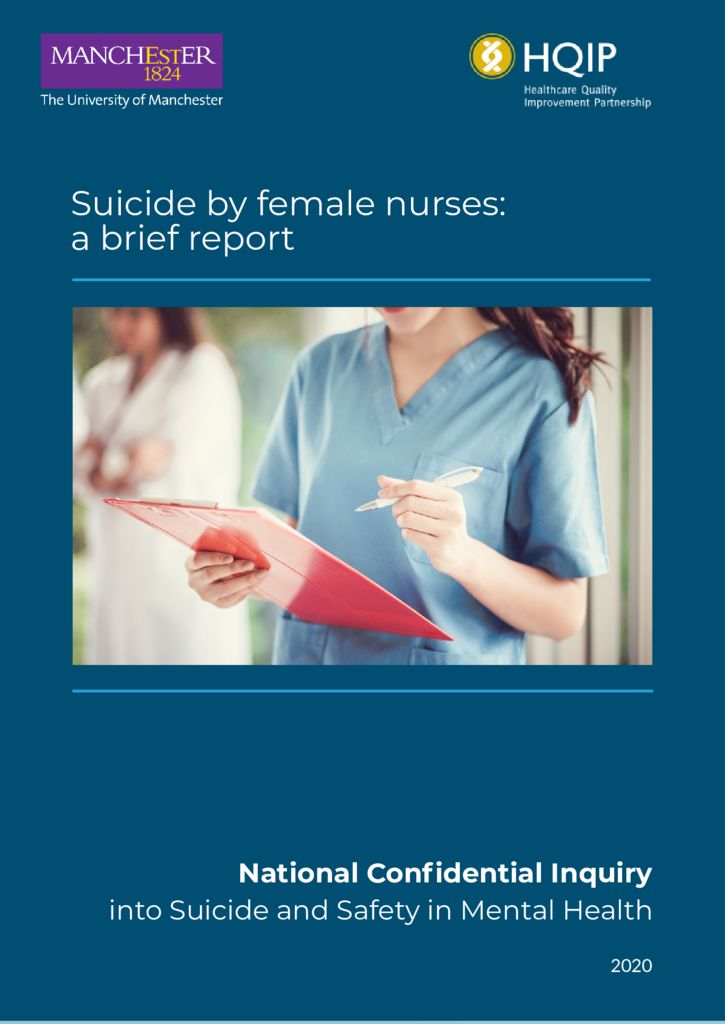