The National Audit of Continence Care was commissioned in England and Wales between 2004 – 2012 as part of the centrally-funded National Clinical Audit and Patient Outcomes Programme (NCAPOP). It was managed by the Royal College of Physicians.

The first report was published in 2005 and subsequent audit reports were published in 2006 and 2010. These have regularly showed that there is a real need for an improvement in continence care for people with bladder and bowel problems. The latest report, published in September 2010, describes in detail the care given to almost 19,000 people with continence problems in a variety of NHS settings such as hospital wards, hospital outpatient clinics, mental health hospitals, GP surgeries and care homes. Two further pilots ran in 2011 and reports were produced in 2012. 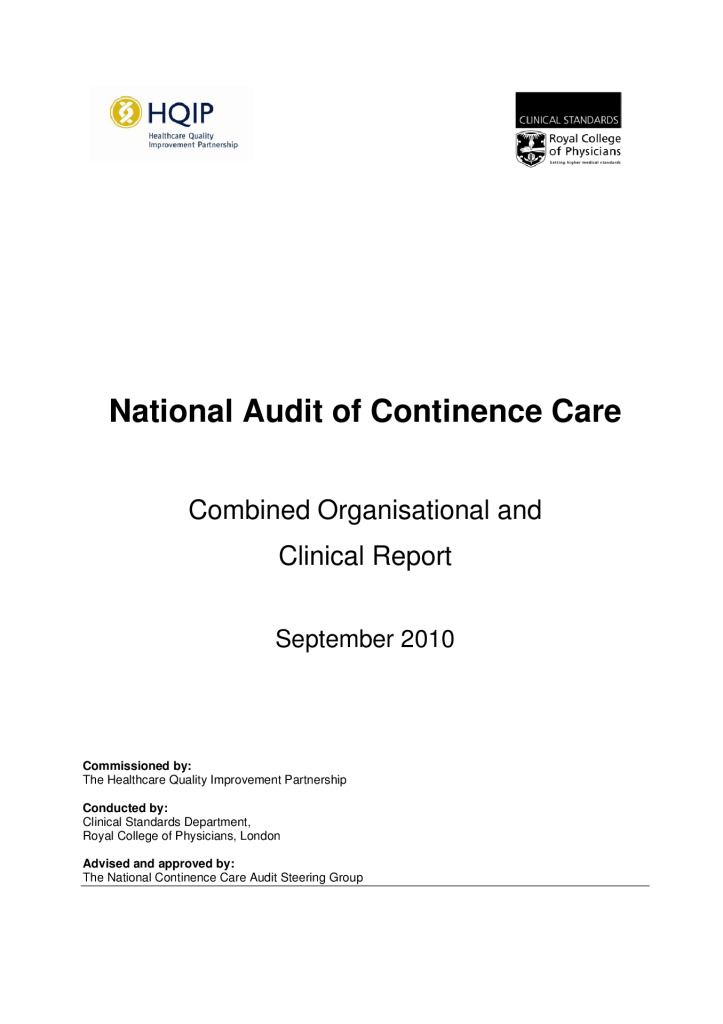