This report focuses on the surveillance of perinatal deaths from 22+0 weeks gestational age (including late fetal losses, stillbirths, and neonatal deaths) of babies born between 1st January and 31st December 2018.

The report finds that in the UK there has been a reduction in all three mortality rates: 15% in the stillbirth rate, 11% in the neonatal mortality rate and 16% in the extended perinatal mortality rate, across the six years of the MBRRACE-UK programme. This overall pattern reflects a decline over the six year period in England but little evidence of change over time in the remaining devolved nations as their rates are more affected by short term variations due to their smaller population size. 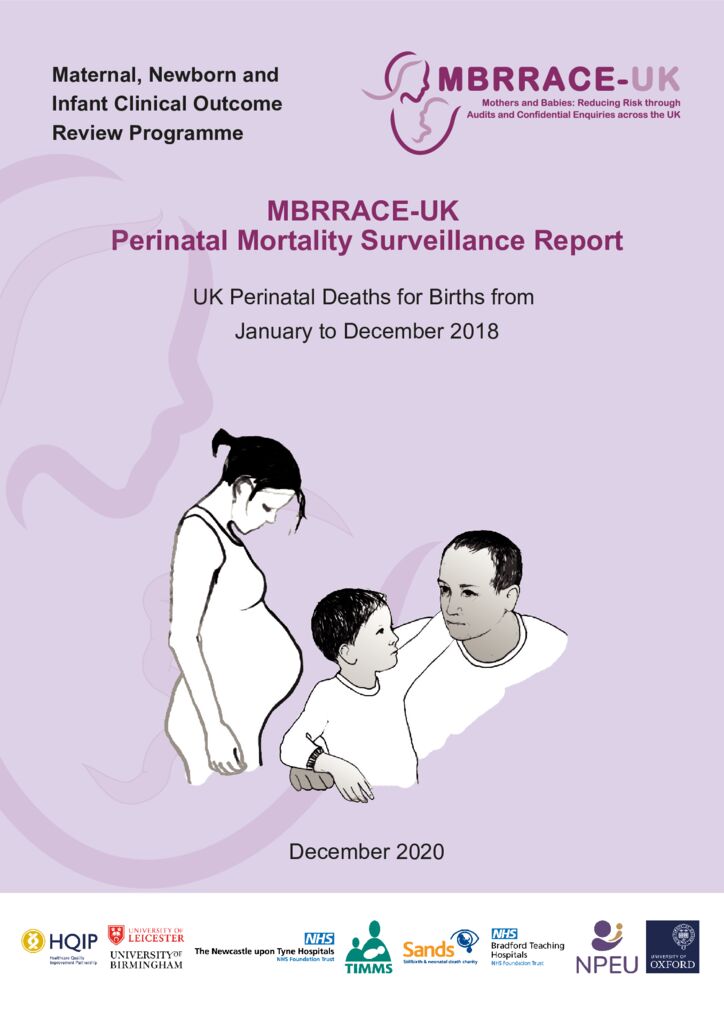