Suicidal patients who are under observation may be put at risk by relying on inexperienced staff and agency nurses, according to a new report issued today.

Commissioned by the Healthcare Quality Improvement Partnership as part of the Clinical Outcome Review Programmes, researchers from The University of Manchester’s National Confidential Inquiry into Suicide and Homicide by People with Mental Illness, found that 18 in-patients a year died by suicide while under observation. This usually meant checks every 10-15 minutes but in 9% the patient was supposed to be under constant observation.

The research team examined the details of all suicides in the UK over 7 years under observation. They also conducted an on-line survey for patients and staff to report their experience of observation.

The researchers found that half of deaths examined occurred when checks were carried out by less experienced staff or agency staff who were unfamiliar with the patient. Deaths occurred when staff were distracted by ward disruptions, during busy periods, or when the ward was poorly designed.

The full report is available to download from this page. 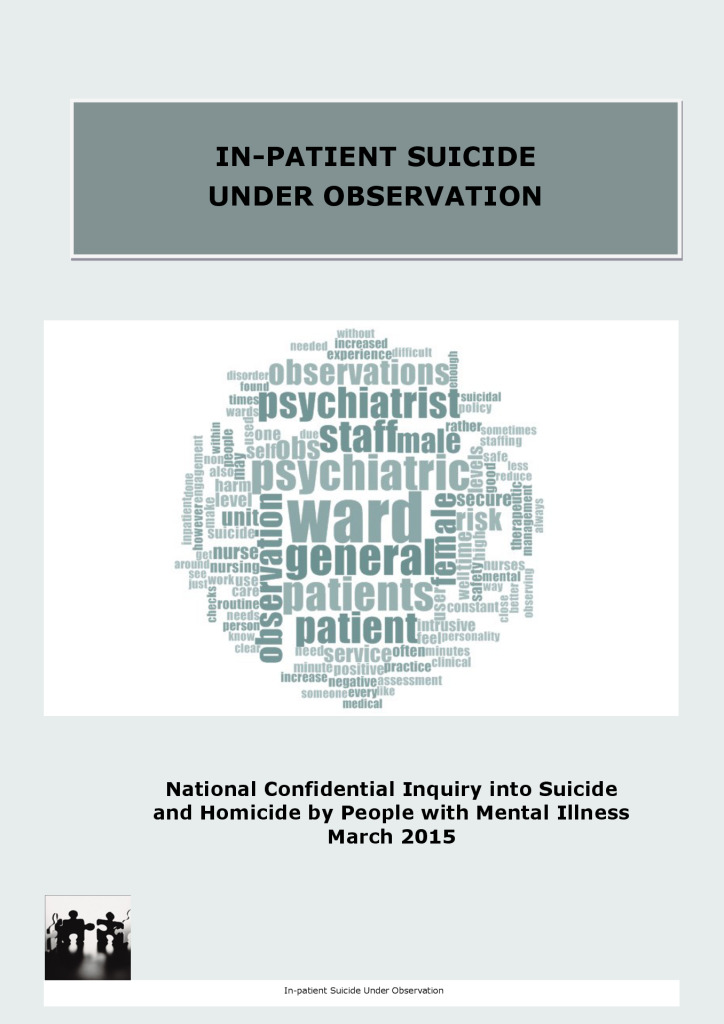