The National Hip Fracture Database (NHFD) grew out of a collaboration between the British Orthopaedic Association (BOA) and the British Geriatrics Society (BGS) in 2007, and is managed by the Clinical Effectiveness and Evaluation Unit (CEEU) of the Royal College of Physicians (RCP).

The NHFD has described and challenged variation in practice around the country, helping to develop a consensus about care for the frail and older people who suffer a hip fracture.

Every hospital in England, Wales and Northern Ireland that provides acute hip fracture care is actively participating in this audit, and in September 2015 our annual report described the process, performance and outcome of care in these hospitals. Each year this report includes an analysis of mortality – casemix adjusted to ensure that reported mortality figures are appropriate to the demographics of the local patient population.

Some hospitals participating in the NHFD do not actively follow-up patients after discharge, so we use validated, third-party, data of death from the Office for National Statistics (ONS) to calculate 30-day mortality. This year the NHFD, along with other national clinical audits, experienced delays in access to ONS data. Consequently, we were unable to include mortality results in our annual report as in previous years.

ONS date of death data were finally available in November 2015, which enabled this analysis. This reort complements the descriptions of performance and patient outcomes in the FFFAP 2015 annual report 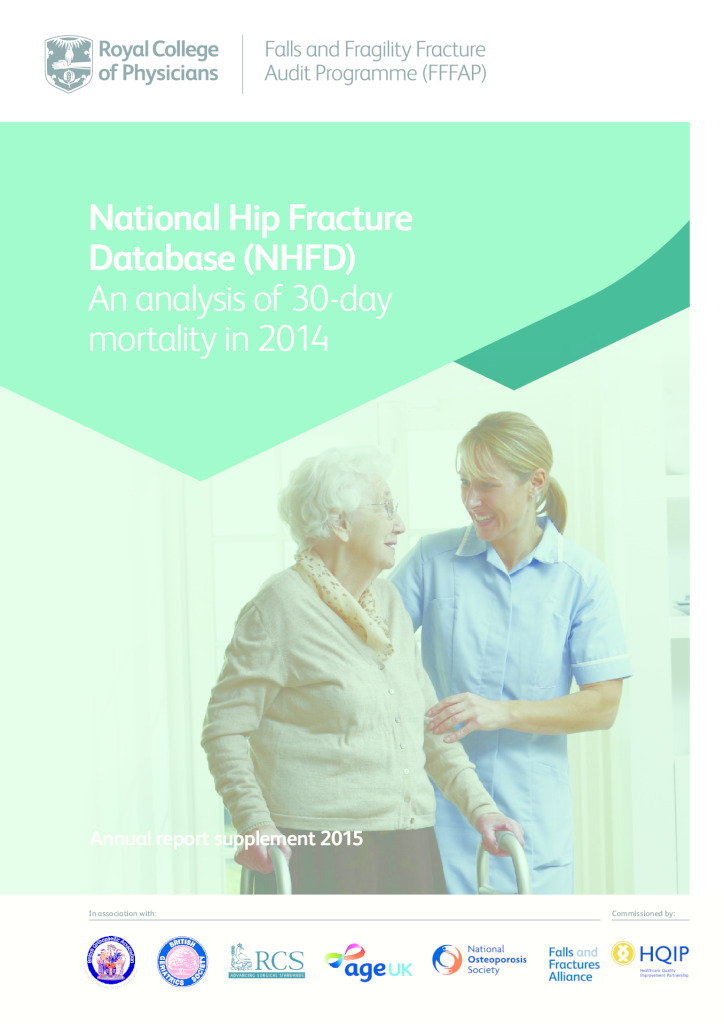