The National Maternity and Perinatal Audit’s (NMPA) submission was one of our highly commended audits and received a certificate recognizing their efforts on the 11th of October at the Richard Driscoll Memorial Award 2018.

The inaugural Richard Driscoll Memorial Award took place this year in honour of HQIP’s former Chair of Trustees, a passionate life-long ambassador for patient care, who sadly passed away in 2017. The award recognizes HQIP commissioned clinical audits and reviews on the basis of their robust and sustained patient involvement.

This case study demonstrates creating a patient group to work alongside the programme, changes to the audit as a result of PPI and a blog entry from one of the woman involved in the  audit.

All of the case studies recognised at the award can be found on the link below: 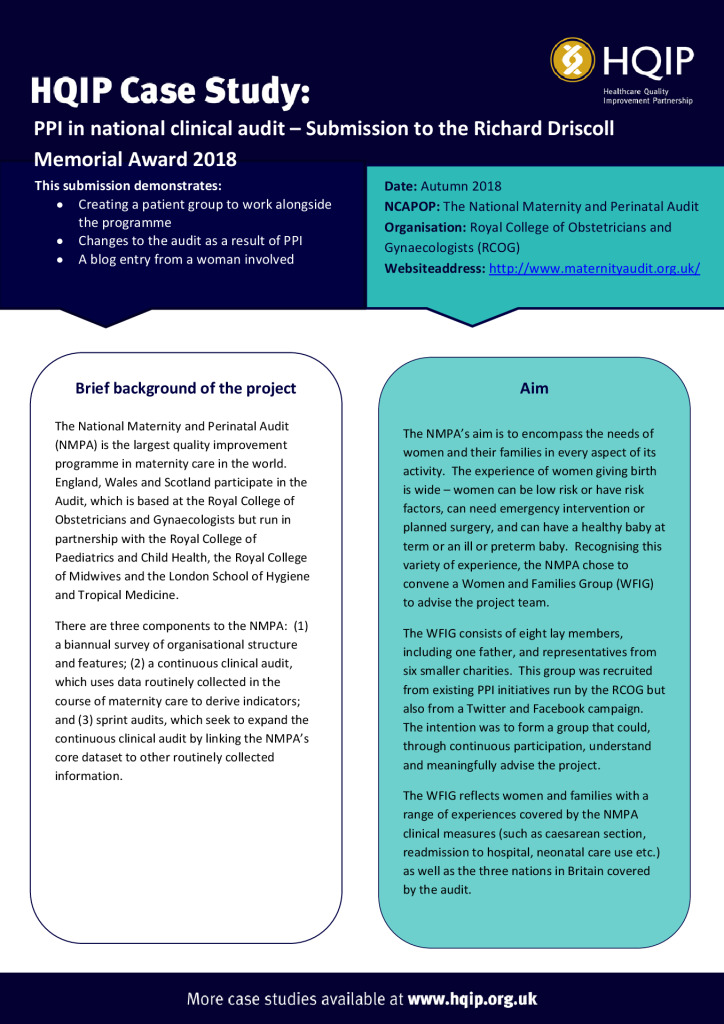